William Henry Lansing was born 7 March 1914 in Amsterdam, New York, and enlisted in
The Naval Reserve 14 February 1933. He joined the Regular Navy 8 May 1934 and was
assigned to Lexington (CV-2) in August. In December 1941, Aviation Machinist Mate First
Class Lansing joined Patrol Squadron 43, serving at San Diego and Alameda. Following
Americas entry into World War II, his squadron was dispatched to the Aleutians for the
aviation buildup in the North Pacific. On 11 June 1942 as plane captain, he participated
in a dive bombing and strafing attack on Japanese shipping in Kiska Harbor. While manning
his exposed and unprotected station at the engine controls, he was killed by enemy fire. His
courage and devotion to duty were in keeping with the highest traditions of the U.S. Naval
Service. He gallantly gave up his life in the service of his country. 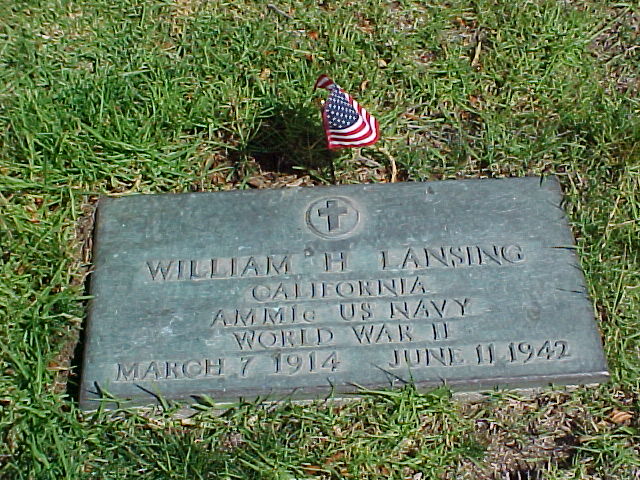